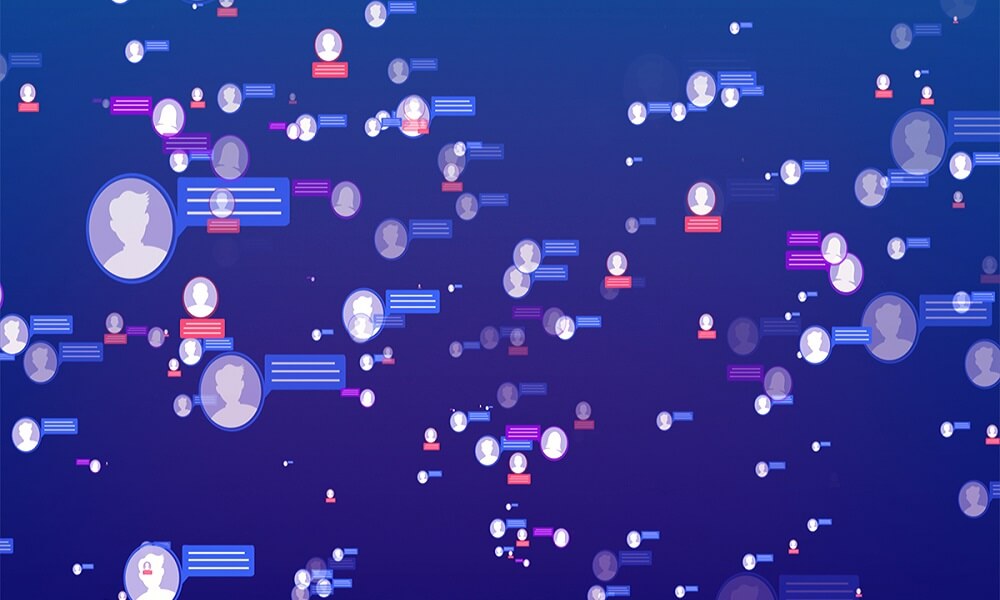 It’s no longer smoke and mirrors: Elon Musk is purchasing Twitter for $44B. Soon, Musk will hold the keys to Twitter, and in the driver’s seat, he’s laying out his vision for the platform.

Musk says that one of his priorities is to rid Twitter of its well-known spam and bot problem.

What exactly is a bot?

A bot is an automated program used to interact on social media. Bots operate fully or semi-autonomously; and to function, bots rely on a combination of artificial intelligence, big data, and public databases to imitate human behavior.

Social media bots allow the creator to establish a set of parameters using programming scripts and commands to post and share without human interaction. As a result, a bot can automatically retweet every time a specific hashtag is used, whenever a specific account tweets, and much more. While they can be useful and practical, bots are predominately used in dishonest and nefarious ways.

It’s no secret that Twitter—and all internet platforms for this matter—has a bot problem. The Association for the Advancement of Artificial Intelligence estimates that approximately 15% of active Twitter accounts are bots—or approximately 48 million accounts. Despite making up only a fraction of total active users, bots are notorious for hijacking the majority of specific topics, events, and trends.

For example, researchers at Carnegie Mellon University estimate that during the peak of the COVID-19 pandemic nearly half of coronavirus-related tweets originated from misinformation bots. CMU researchers analyzed more than 200 million tweets discussing coronavirus or COVID-19, and of the top 50 influential retweeters, 82% were bots, as were 62% of the top 1,000 retweeters. From a global pandemic and war to elections and crypto scams, if you’ve engaged in social conversation, the likelihood of being manipulated by a Twitter bot is extremely high.

Bots are on the frontlines of disinformation. A comprehensive study, published by Science, analyzed every major news story across the span of Twitter’s existence—more than 125,000 stories, tweeted by 3 million users, over a decade. The conclusion was grim: Truth simply cannot compete with hoax and rumor. Fake news, false rumors, and propaganda overtures reach more users, penetrate deeper into the platform, and spread 6x faster than factual stories.

Bots are exploiting Twitter’s algorithms to reshape what we see. They amplify narratives, manufacture popularity, and pump eyebrow-raising content to like-minded audiences.

What must Musk do about it?

The evidence is clear: The ramifications surrounding Twitter bots pose a consequential threat to the trust, safety, and stability of the free world. Musk’s ambition to “defeat spambots” is a critical step in the right direction. There’s endless research and data science on how to identify bot behavior; however, the challenge and what Musk needs to solve is how to detect bots before they tweet.

If there’s an early indicator of how Musk will approach combating millions of bots, it’s tied to his comment “authenticate all humans.” Like Twitter does with blue checks, Twitter could ensure every account is tied to a real person in the offline world. But that of course requires manual intervention from both Twitter and the end-user, and that workflow could never scale to millions of users. To fight fake accounts without sacrificing user growth, the verification must be fast and cost-effective.

Today, if a person (or bot) wants to create a new Twitter profile, they’re required to verify their account through a one-time-passcode (OTP) that’s delivered to their phone number or email address. The sign-up is quick and easy, but the process lacks a trust anchor.

Creating an account and authenticating via email is useless, as a new email address can be created in seconds. While surely a mobile number is more secure, it’s also exploitable. One can easily obtain a free VOIP number online or a SIM farm operation could create thousands of legitimate accounts in seconds. But conveniently sitting behind that phone number is the digital identity intelligence Musk needs to solve his problem—without upending the seamless workflow.

Using the phone number as an identity trust anchor

It’s easy to overlook, but there are valuable insights tied to one’s phone number. There are thousands of identity behavioral signals: Phone data attributes, traffic patterns, number velocities, and more. With machine learning and data science that draws on more than 15 years of data patterns, the phone number serves as a powerful trust anchor.

Instead of blindly sending an OTP to every new user, Twitter can use phone number intelligence to first assess a user’s risk level and verify whether they’re a real person without disrupting or delaying the sign-up flow. If a user passes the trust and identity assessment, they will receive the OTP to finalize the creation of their account. But if they fail, they would be blocked from creating an account.

By simply analyzing the phone number intelligence that Twitter is already collecting, they can put an immediate end to fake users and bots. Stopping spam starts with stopping fake users.