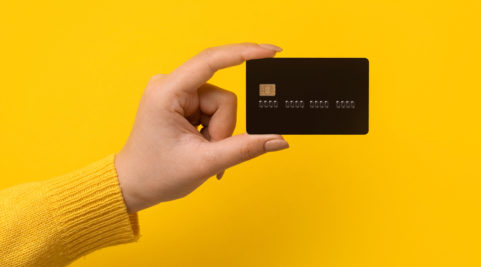 Six billion dollars is a large number. It's also how much money, online retailers are expected to lose in Card Not Present (CNP) Chargeback Fraud (CBF) this year. Before we discuss the solution to this problem let's begin with an overview of how Chargeback Fraud works.

A chargeback is a protection provided by a cardholder's financial institution, ironically meant to prevent fraud. If a user purchases an item and never receives it for example (and are still charged) the bank allows for their customer to dispute the charge in the form of a chargeback. Additionally, if a person has their credit card stolen (either physically or digitally) all of the subsequent charges can be considered fraudulent because the onus is on the merchant to verify the identity of the purchaser (either by matching signatures or verifying identity in another way.)

Rest assured, fraudsters have been finding ways to exploit this loophole for years, because it is very difficult for merchants to prove delivery of an item or service to the cardholder. Because it is so hard to fight these cases, businesses often take it on the chin. CBF can involve a rather pedestrian offense such as a person waking up the next day and feeling guilty about a bar tab and reporting their card stolen to avoid the charge. It can also operate as a pattern with fraudsters operating large scale scams with their own credit card and disputing the charge to avoid paying for multiple items.

The era of CNP and e-commerce makes this even more difficult. Anyone that has ever contacted a large distributor about a delivery knows how eager the vendor typically is to just send you another without even checking to see if the original has arrived. While there are ways to certify delivery, banks typically put up a rigorous defense of their stakeholders that merchants just don't feel like fighting.

The Real Cost of CBF

The kicker with Chargeback Fraud is that vendors aren't merely losing out on the cost of goods sold. For every $1.00 of fraud, the total cost to these businesses is $2.40 after bank fees and fines. That's almost 2.5x the cost of the items effectively being stolen from the merchant. It's no wonder then that many of these businesses would rather cut their losses than to dig in their heels to fight a losing battle.

Chargeback Fraud is sometimes called ‘friendly fraud' and that's because the fraudster will actually use their own credit card, but often with no intention of ever paying for the item. Fortunately, this practice creates a data point that companies like Telesign can track to build out a risk profile.

How Businesses Fight Back

Some businesses will actually contest chargebacks. It has actually been a fairly contentious subplot of the COVID-19 crisis in the ticketing industry. But it is extremely labor intensive and expensive. An alternative way to fight is to leverage digital identity and block these transactions from ever happening. How can businesses do that? By evaluating transactions and assessing risk.

Many fraudsters have a pattern. They do not like to use a traditional phone number, for example they might register an account with a pre-paid cell phone. Now not everyone that registers for an e-commerce account with a pre-paid phone is a fraudster. Think about a young person that may not have a credit score. These people shouldn't be banned from using CNP transactions. But what if a new account registered to a pre-paid phone number purchases $40,000 in televisions to a new address. This is suspicious. Fortunately, TeleSign can help retailers with our machine-learning based fraud prevention APIs to make rapid, effective risk assessment recommendations. The platform can then block the transaction.

Digital identity is a wholistic evaluation of a person's online behavior. We specifically look at  different pieces of information to build a story for our customer's users. We look at information such as phone, IP and e-mail. Are they real? Have we seen this combination before? Does this type of phone number seem risky? By fitting together these puzzle pieces, we can provide actionable recommendations to our enterprise customers throughout the globe. In the case of Card Not Present Chargeback Fraud, we can be your best friend in beating a cunning fraudster at their own game.

TeleSign has been connecting and protecting online experiences for over 15 years. We support the largest web properties in the world and we're prepared to help you.

‍Contact TeleSign now and learn how to defeat fraud before it ever happens.