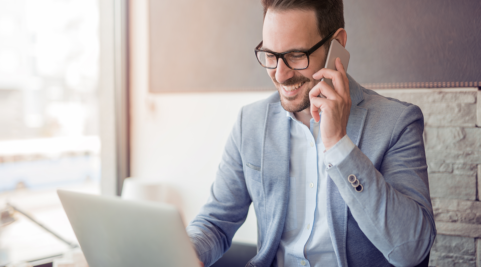 With more of our lives easily accessible on the internet through the advent and growth of social media and dating apps, certain companies have come under fire for their ‘lax' approach to protecting their users' privacy. Reactions to data breaches have varied between mild frustration and actual government-imposed fines. But one thing is for certain. Some users have decided that the invasion of privacy just isn't worth it and abandoned platforms that they have lost trust in.As we have covered on this blog many times, a phone number is something that travels with a user for an extremely long time, sometimes for life! One could imagine not wanting everyone in the world having simple access to it. That said, communication between two parties is often necessary.Just this weekend I communicated with five rideshare drivers, multiple people on dating apps and the owner of a house where my mother is staying. I didn't particularly want any of these people to have my phone number, and I think it is just as likely that they felt the same way.That said, ridesharing apps, dating apps, rental companies can all require varying degrees of interaction between two parties. If only there were a way for these people to interact without disclosing actual phone numbers…

TeleSign's Voice platform includes the ability to anonymize voice calls, connecting two parties without disclosing user identities. This has a two-fold benefit to companies. It both protects their users' privacy and aims to keep people on their platform.With anonymized voice calls your users will not have to disclose their phone numbers to each other, which is a huge benefit to those of us who are privacy conscious. No rideshare drivers contacting me later to tell me about their side business; conversely, I cannot harass them because I may or may not have left my keys in their back seat on Friday. A bad first date from a dating app won't result in either party making desperate calls begging for a second chance.On the rental side, users will be less likely to take conversations off platform. “Why don't I just pay you cash and cut out the service fee?” That's a quick way for your platform's return business to dwindle quickly to zero.There are many use cases for communication in which we just prefer to stay anonymous. Phone number masking is just one of the excellent benefits of TeleSign's Voice platform which always comes with the best quality at the lowest global price. Click here to learn more about all the other cool features we've packed into our Voice API.