Enhanced user experience and security
“Though verifying a phone number during our sign up process is optional, we see more than two-thirds of our new users opting-in.”
Michael Pezely
Head of Trust and Safety
Industry
Online marketplace
Product
Verification
Contact Sales

OfferUp was founded in 2011 as the world’s simplest and most trusted mobile-first market place. OfferUp focuses entirely on the US market but what sets them apart is their innovation in the peer to peer space. Originally conceived as a marketplace, OfferUp has expanded into payments and shipping. Recently, OfferUp debuted a new feature that will place money in escrow on a de facto hold. This protects the seller against a buyer that gets cold feet. It also protects a buyer that might be more comfortable keeping an entire transaction on the platform. When a buyer reserves an item via the Hold Offers button on the app it becomes marked as sold. At that point, OfferUp authorizes an associated credit card to make sure the money is there to pay for it. When the meet up to exchange the item occurs, the buyer pulls up a QR code for the seller to scan. Users can tie their OfferUp accounts to credit cards or mobile services such as Samsung Pay, Apple Pay and Google Pay.

These cutting edge developments have created new revenue streams for OfferUp but also new security concerns. At the moment they are one of the most valuable start ups in the Pacific Northwest. What is more encouraging however is the amount of time users spend on the app, which has been comparable to major social media sites. OfferUp has also gained incredible penetration in its focus markets of the western United States with more than 15% of the adults in those markets using the app regularly. OfferUp continues to focus on aggressive expansion while keeping its platform and users safe, which is where Telesign enters the picture.

Items sold on OfferUp can range in value from a couple dollars to a several thousand with people selling a wide range of items from antiques to classic cars. As such and with OfferUp expanding into mobile payment processing, holds and shipping it was critical to find a new way to register and verify their users. OfferUp had been using email verification but was starting to see account takeover become a problem. As OfferUp grew so did the target on their back, they decided to seek a partner to provide an added layer of security so they could keep their sterling reputation as the most trusted mobile-first market place. 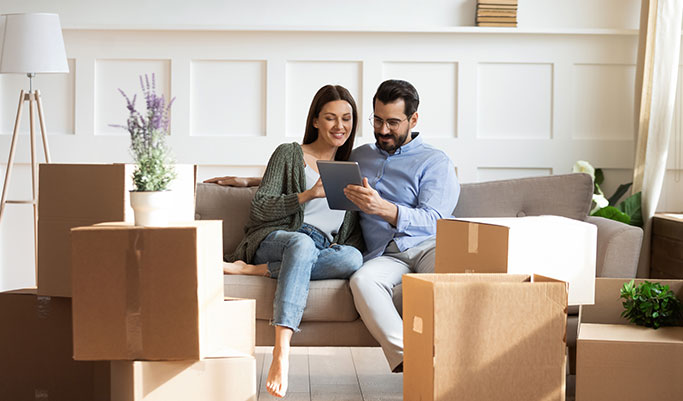 After a thorough search, OfferUp decided to partner with Telesign on a verification solution that would leverage 2FA (two-factor authentication) with an SMS message and one time passcode (OTP). The idea behind this solution is that users now have their phone number as a trust anchor. By providing something you know(password) and something you have (mobile device) an extra layer of security was added to OfferUp’s platform. Furthermore in the event of a password reset flow, OTPs to a device are much more secure than email. By implementing this simple solution, OfferUp saw their account takeover (ATO) attacks drop dramatically. It also made certain that they were protected against future legislation such as California’s CCPA. Additionally, OfferUp leveraged a Telesign mobile identity solution that relies on carrier data and phone intelligence to give a company certain insights about their users. In this instance OfferUp chose the Phone ID Device Info API which can tell a platform which kind of device their user has. This can of course help out for user experience (UX) reasons but also security. If a user is typically on an iPhone but then makes a several thousand dollar purchase on an Android device, the Device Info API can flag for a security review. All in, OfferUp had a seamless implementation of Telesign solutions. Fraud is down, the company continues to grow and we look forward to seeing what OfferUp does when it eventually expands into new territories where all of its new users will rest easy knowing that OfferUp rests under the security blanket of Telesign.