Mamba is an online dating network with over 40 million active users, making it the largest in eastern Europe. Since 2003, Mamba has used cutting edge technology to connect users across a variety of social media outlets and help people find their soulmates. The majority of their users reside in Russia or the Commonwealth of Independent States that includes former Soviet republics such as Belarus, Moldova and Ukraine.

Operating in the mobile dating space, security is very important to Mamba. As such, it is vitally important to eliminate fake users and spam from their platform while making their verification process as streamlined as possible. One of the ways Mamba was doing verification was through SMS one time passcodes. (OTP) This means that at registration a customer is prompted to provide their phone number, a code is sent to that user with a 6-digit passcode that they then enter to verify their identity.

Unfortunately, Mamba had a problem. Their SMS verification partner was returning unacceptably low SMS delivery rates. Every time an SMS delivery failed, Mamba lost a potential user and someone ELSE lost out on a potential soulmate. They turned to TeleSign for help both with reducing costs and increasing successful deliveries. With great ease, Mamba implemented a TeleSign verification solution; SMS Verify.

Verification is necessary for all online platforms these days. By establishing a phone number as a trust anchor, companies are able to verify users at registration by sending them a onetime passcode to a device they own. Furthermore, once a valid phone number is established companies have the option to use that phone number for account recovery by triggering a 2FA flow and also for engagement via alerts, reminders and notifications delivered via SMS.

While user verification is extremely important to keep bad actors and fake users off of a platform, equally important is that those SMS one time passcodes reach their intended destinations.Mamba had a problem in that their verification provider was failing to deliver SMS codes to potential users at sign-up. This led to potential customers abandoning the sign-up process all together. Additionally, Mamba was paying a pretty penny for their providers suspect service. They wanted to streamline their verification process to lower costs and increase SMS delivery rates. 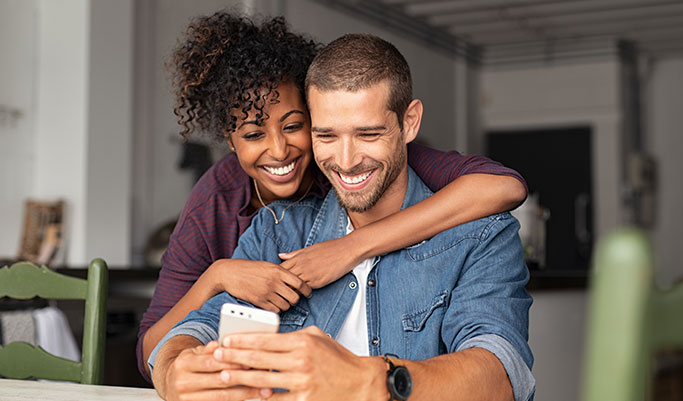 Mamba implemented TeleSign SMS Verify, a phone-based verification solution that uses onetime passcodes (OTP) delivered via SMS to confirm a user’s identity. Thanks to TeleSign’s partnership with BICS and the use of direct, high quality routes, TeleSign was able increase SMS deliveries AND reduce costs for Mamba. This allows Mamba to keep their platform secure while also not providing too much friction that would lead to a negative user experience. Through the use of two factor authentication (2FA) Mamba will also see a downturn in fake users and registration fraud.

Mamba is now seeing an increase in their delivery rates of SMS by 15%.

This provides a two-fold benefit. First, Mamba now has a successful verification plan in place that will reduce fraud on multiple fronts both with fake accounts/users and fraudsters committing registration fraud. Secondly due to the increase in delivery rates, Mamba will now see more successful registration conversions which leads to more users and eventually more money for Mamba.

Delivering SMS anywhere in the world

Mamba is truly an international brand. While they specifically target Russia, China, EU and theCommonwealth of Independent States; Mamba has users all over the world. By implementing aTeleSign solution, they know that as they scale they will never have problems with delivery rates.TeleSign along with their international network built on the backbone of BICS can send SMS to over 200 countries.

Despite the fact that Mamba’s previous vendor was returning unacceptably low SMS deliveries,Mamba is actually saving money on account Verification with TeleSign. Thanks to all of TeleSign’s direct routes and partnerships with carriers Mamba is provided a superior service at a more competitive price.

Back end support is important to Mamba. If there is a problem they want to be able to speak to someone quickly to find a solution. When speaking with the E-commerce Director for Mamba (in charge of all user verification) he specifically mentioned that of any current vendor, TeleSign provided the best support helping Mamba run smoothly from an operational standpoint.