Electronic Arts was founded in 1982 as a pioneer in the home computer gaming space. Over the years, EA has exploded in growth and now publishes some of the largest game franchises in the world including FIFA, Battlefield, The Sims, and Titanfall. With hundreds of beloved titles, EA has become one of the largest video game publishers in the world. In addition to their own native growth, EA has acquired many smaller studios to become the titan of the industry that it is today. Lately, EA has focused lots of their resources on mobile gaming in which games are intended to be played on a mobile handsets such as a smart phone. Many of these mobile games are released free and offer in-app purchases to enhance the gaming experience, thus the longer a user engages with one of these games, the more value EA derives from these specific customers.

A long standing strategy for EA has been to drum up anticipation for these games in advance of their arrival, and on the day of their release generate lots of downloads and keep users engaged with the game. While EA employs a multi-pronged marketing strategy to promote their products, mobile presented a new opportunity...a way to get their game in the hands of a player in just a couple clicks.

EA wanted a way to engage users and generate excitement about a future release. Knowing that they could reach out directly to their users through SMS messages they were interested in finding a way to seamlessly integrate anSMS solution that would communicate updates regarding that game’s status.

Then on the day of the release, a user would be sent an SMS with a smart URL that would go directly to the Apple or Google Play Store, download the game and have the user playing in minutes.

EA would create a landing page to get users to opt in on news and updates surrounding their favorite titles with the large payoff being a link sent on release day. 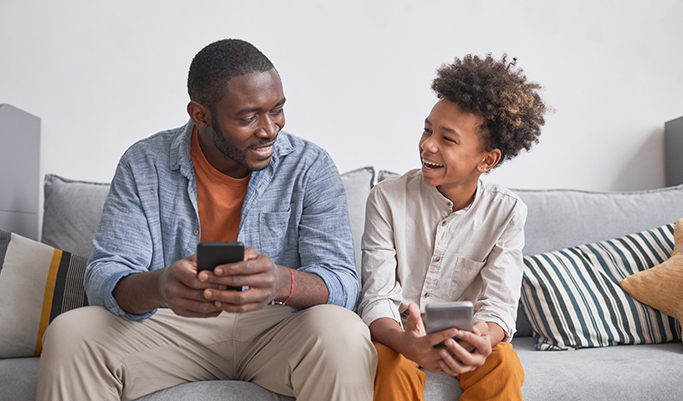 EA partnered with TeleSign, a global communication and security company that specializes in sending SMS messages to any country in the world. By choosing TeleSign, EA knew that with the snap of their fingers they could simultaneously send a message to thousands of eager users about a game’s release and to call the project a success would be a gross understatement. Of the 145,000 users that signed up for EA alerts on the game The Sims, 42,000of them had opened the link within a few days and downloaded the game; with the steps considered in onboarding a new user this is an incredible result. However, as we mentioned sheer downloads are not the only measurement to the success of the game. An engaged user is a valuable user.

Day one retention on The Sims was significantly higher than for users who found the game through other means. That delta accounts for a lot of value in future spending.

Other takeaways from the campaign were that these users were all highly motivated. They featured a higher than average retention rate over time and a higher than average spend creating a reliable revenue stream for EA. It was a win for EA because they were able to deliver a product directly into the hands of their users in a streamlined manner. It was a win for the users becauseEA made discovering this game effortless. EA had an extremely positive experience every step of the way. Implementation was a breeze and the return on investment satisfied all parties.