Report: 70 Percent Of Consumers Are Losing Faith In Passwords 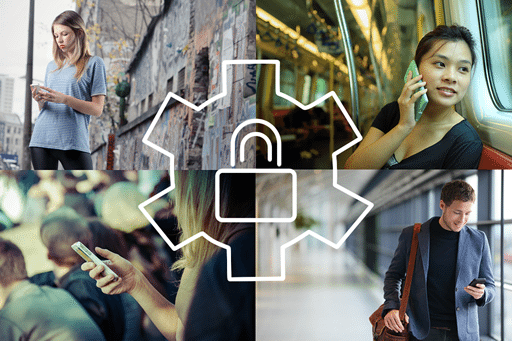 Los Angeles, June 3, 2015 – Against a backdrop of hundreds of millions of personal records being stolen through account hacks and data breaches, TeleSign today released its new TeleSign Consumer Account Security Report, revealing that 70 percent of consumers lack a high degree of confidence that their passwords can adequately protect their online accounts. Additionally, about the same amount (72 percent) are in search of additional help to secure accounts.

In an effort to bridge the gap between consumer concern and an effective and readily available security measure, TeleSign has launched the Turn It On campaign. It features the ultimate guide to turning on two-factor authentication (2FA), an additional layer of security that prevents hackers from accessing accounts even if they know your password, for more than 100 websites including popular online banking, social networking and shopping sites.

“The number one tip most experts give for increasing account security and stopping the fallout from data breaches is to turn on two-factor authentication,” said Steve Jillings, CEO of TeleSign. “Yet our research shows that the majority of consumers (61 percent) do not know what two-factor authentication is, even though it’s available on almost every account, free to the consumer and just waiting to be turned on.”

Commissioned by TeleSign and conducted by Lawless Research, the survey polled 2,000 consumers in the U.S. and the UK and revealed that while concerns around online security and password strength persist, ‘password fatigue’ among consumers is rife. 21 percent of consumers use passwords that are over 10 years old, pre-dating the launch of Twitter, YouTube and many online banking services. Meanwhile, almost half (47 percent) rely on a password that hasn’t been changed for five years. Worryingly, a staggering 73 percent of online accounts also use duplicated passwords – with an average of just six unique passwords being used to protect 24 online accounts. This trend leaves people exposed to the ‘domino effect’ – where a hacker compromises a user’s password for one service to access all of their accounts.

On the upside, findings show that consumers are eager to learn about online security. In fact, 72 percent would welcome advice on how they can better protect their online accounts. The majority of consumers (68 percent) also want companies to provide an extra layer of security to keep their online accounts safe. But, in spite of this desire to learn and improve their online security, six in 10 are still not leveraging the markedly improved security that 2FA can deliver. The top reasons consumers gave for not enabling 2FA are that they don’t know how to set it up, don’t know what it is or that companies don’t offer it.

“With our Turn It On campaign, TeleSign is starting the dialogue directly with consumers, empowering them to take a few simple steps to better protect their online accounts and all of the valuable financial and other sensitive personal information inside,” Jillings said.

Additional findings from the TeleSign Consumer Account Security Report  include:

Websites are increasingly providing two-factor authentication options to better secure accounts, but users are often required to find the feature and ‘turn it on’ themselves.

TeleSign today launched Turn It On, a new campaign featuring the ultimate guide to two-factor authentication and providing step-by-step instructions for turning on 2FA for popular social networking, banking, cloud computing and other online services that offer the 2FA option. To join the conversation, use the hashtag #TurnOn2FA.

Interested in featuring Telesign products or speaking with our experts?
Submit an inquiry