Via is changing the way people get around in cities. Via is an on-demand transit system that takes multiple passengers heading in the same direction and books them into a shared vehicle. Using the Via app, users input an address and are matched with a vehicle going their way. Users think of Via as an on-demand, tech-enabled bus that comes to the corner when and where they need it.

Via understands how important it is to prevent account registration fraud in order to reduce fake accounts, promo abuse, use of stolen credit cards and invalid phone numbers. Via grows their user base responsibly by attaching a verified phone number to each end-user account at registration. Via uses a risk profile reputation score based on phone number data and intelligence, traffic patterns and reported fraud to validate users’ phone numbers. They do this without disrupting the genuine customer experience.

On-demand ridesharing apps continue to grow at phenomenal rates, making them prime targets for fraud. Fraudsters typically use stolen credit cards to pay for fares and exploit the use of coupons. Via wanted to proactively address these issues to prevent isolated examples of fraudulent behavior from turning into more pervasive problems. Via’s requirements for a secure fraud prevention solution must also provide a great user experience for their customers and intelligent phone number data.

Via was hesitant to deploy fraud prevention steps that would negatively impact good users to catch the smaller percentage of bad users. They did not want a service that required numerous end-user steps, intrusive and excessive checks or credit card authentications even before a ride occurred. Via was looking for a solution that would not limit or prevent the customer from converting, but made the conversion/user flow much simpler. 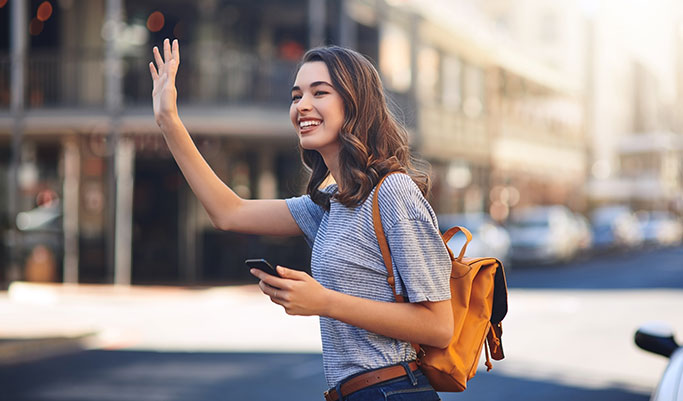 Via deployed TeleSign Score, a powerful fraud risk assessment API that delivers reputation scoring based on phone number intelligence, traffic patterns, machine learning and a global data consortium. Via users simply download the app, provide their name, email address, phone number and credit card information and within a few milliseconds and a few clicks, request a ride. During the app registration process, using the Score API, Via automatically verifies the user’s phone number, analyzes the phone number data, reviews the risk reputation score and makes an instant data driven fraud decision of whether to allow the registration or send a suspected bad user through additional verification checks prior to registration.

Via is extremely pleased with their Score implementation as they now have greater identity assurance to quickly and seamlessly assess fraud risks during account creations. They are confident they know who their customers are, connecting each of them to a verified and validated phone number, making future communications with them much easier and accurate. Via also made sure they did not impact their legitimate users by implementing a solution that did not disrupt the genuine user experience. Score helps Via filter out fake accounts prior to verification, which has led to higher conversion rates and more sustainable growth of real users.

Using Score, Via is able to provide a seamless user experience for their customers with minimal user friction and not too many steps to complete the verification process. Via has been able to add necessary account security features without impacting or disrupting the genuine customer experience.

Via decided to implement a fraud prevention solution leveraging phone number data intelligence as a risk indicator/profile when bringing in new customers. During account creation, a user’s phone number data attributes are evaluated, traffic patterns and velocity are reviewed, the number is checked against TeleSign’s global data consortium of predictive fraud data (TeleBureau) and a risk score is assigned. This has allowed Via to make data driven fraud decisions – removing the human element – where there is no bias, which has increased the identity assurance of their user base.

User growth is important and one of the biggest goals for any online account-based company is to increase registrations/sign-ups. Since implementing Score, Via has been able to reduce the number of steps required to create an account. Once the user enters their phone number and it’s verified (comes back with a low risk score), Via is able to automatically allow the registration, increasing conversion rates dramatically. For suspicious users whose risk profile comes back with a high score, those users are sent through an additional verification process and in some cases may even be blocked from creating an account to prevent the impacts of fraud on the user base.